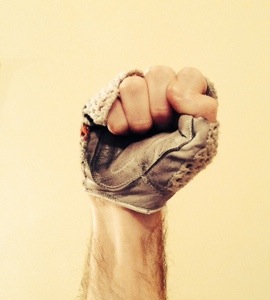 The devil makes work for idle handlebars I suppose. Seeing as I hadn’t been able to get out on my bike at the weekend, I thought I’d use the time to lobby all deputies by outlining my main reasons for supporting the Transport Strategy Minority Report which is due to be debated at the end of the month. I’ve never done any political activism before, so don’t really know whether to expect any replies or feedback, but here’s my email in case you’re interested:

I have read with interest the two proposed transport strategy plans included in the April Billet and, as a motorist who chooses to commute all year round by bicycle, am very much in favour of the core proposal of both plans to develop a transport hierarchy favouring pedestrians, cyclists and public transport above private motorists. I feel that data relating to potential cost savings in the Health Department budget regarding encouraging a more active population through walking and cycling would have been useful to obtain a full understanding of the benefit to the island of adopting either strategy, but there is probably more than enough for you to read already!

In an island of narrow roads and limited space, I strongly believe that sharing and inclusiveness, not separation and segregation, is the key to making alternative transport the easy, safe and ‘normal’ choice, something which is backed up by Graph 24 to the Majority Report which indicates that nearly twice as many people disagree than agree that more infrastructure (such as dedicated cycle lanes) would encourage them to travel by bicycle. Public support and awareness is therefore vital if people are to accept and embrace change, and I believe the introduction of workplace travel plans as proposed by the Minority Report has the potential to both educate and foster a culture of cohesiveness amongst contemporaries to help make that change permanent.

I commend both reports for addressing the need to reduce carbon emissions if the island is to continue to meet the second and third objectives of the Energy Resource Plan adopted in 2012, and I believe the adoption of emissions based taxation for motor vehicles is key to achieving this. For every stick there should be a carrot though, and I am pleased to see that the Minority Report offers subsidies for purchasers of low emission and electric vehicles, which I understand are ideally suited to the typically short distances travelled by the majority of vehicles in this island.

Finally, as someone who commutes daily into town and who has a choice of transport methods (and therefore probably the key demographic targeted by both Reports), I do recognise that there are those on the island who depend on their car whether for business use or personal circumstances. Any increase in fuel duty as proposed by the Majority Report will unfairly shift the burden of paying for our transport strategy onto those least able to choose alternative transport methods. I believe that a decrease in fuel duty coupled with long term paid parking (including the taxation of employer provided parking spaces as a benefit-in-kind) as proposed by the Minority Report is a much fairer method of disincentivising private motor car use amongst those who predominantly use their vehicles at peak times on busy commuter routes where there already exists transport alternatives, whilst not unduly penalising tradesmen, parents who need to transport young children to/from school or the elderly who rely on their car for their independence.

For these reasons I believe only the Minority Report offers adequate provision to generate a critical mass capable of creating a modal change in this island’s transport habits, and I therefore urge you to vote in favour of adopting this report as our future transport strategy.